Comedy For Musicians But Everyone Is Welcome

Reserved Seating
Under 18s must attend with a Parent or Guardian

Peabody Award-winning, Grammy and Emmy-nominated actor, comedian, voice artist, screenwriter, producer, singer and musician, Fred Armisen is coming to Brisbane this September and bringing his colourful personality with him!

Best known as a former cast member on NBC’s Saturday Night Live, and co-creator, co-writer and co-star of Portlandia, Documentary Now! and Los Espookys, Armisen has also appeared on TV favourites Brooklyn Nine-Nine and Broad City and films including Anchorman: The Legend of Ron Burgundy, Eurotrip, Tenacious D in the Pick of Destiny and many more.

Catch his show live in Australia and don’t worry if you’re not a musician - everyone is welcome! These shows will sell out! 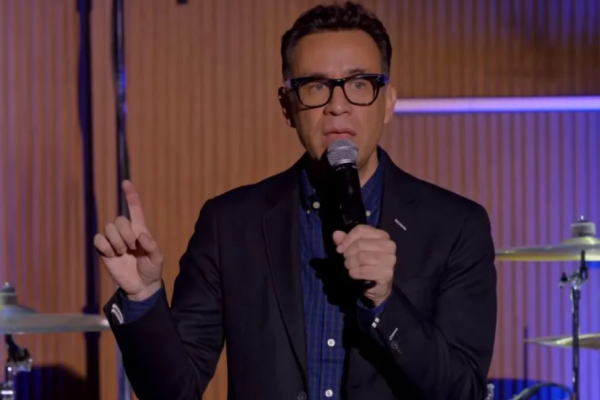 The Music
Heading To Fred Armisen's Aussie Shows? Here Are Some Of His Iconic Comedic Moments