Yumi Zouma are pop's impossible dreamers. Their music makes movies in our heads. They are spread over three continents and it takes a healthy disregard for the impossible to make everything happen. We like those odds. If it is not difficult, then why bother?

Playing at The Tivoli for the first time since they supported Chet Faker in 2014, Yumi Zouma will be among the first round of artists to take to the new What's Golden stage.

Ethereal electro-pop group Yumi Zouma began in 2013 as a home-recording venture by three friends in Christchurch. After sharing files with the Cascine record label out of Brooklyn, they were invited to join its roster and prepared their first release, the four-track EP I. Issued in early 2014, the record was quickly embraced by the blogosphere, selling through multiple vinyl pressings and leading to a collaboration with influence Air France, the by then disbanded neo-disco duo.

The pair lent new vocals to Yumi Zouma's cover of their final single, "It Feels Good to Be Around You", before original lead singer Kim Pflaum left the group and was replaced by Christie Simpson. By the time EP II arrived in 2015, Yumi Zouma had performed in Australia, the UK., France, Canada, both coasts of the US, and across New Zealand, where they opened for Lorde.

With band members relocating to New York, Auckland, and Paris, they recorded their full-length debut, Yoncalla, while together on tour. Later that year, the foursome traveled home to New Zealand to start work on a new album. Recorded in Christchurch at a studio located on one of the few blocks of the central business district that wasn't demolished by a series of earthquakes in 2010 and 2011, Willowbank was a more relaxed take on the electropop of their debut. It was released by Cascine in late 2017. After contributing a track to the Stadiums & Shrines-curated Dreams compilation in early 2018, Yumi Zouma returned in September of that year with EP III.

Yumi Zouma will be supported by Brisbane 3-piece Mid Ayr. An emotional escape for those that listen, Mid Ayr draws deep from the pool of introspective thought and takes the audience on a cathartic journey of atmospheric and melodious music that hits hard. Their highly anticipated debut album ‘I’m a Fraud’ is out now. 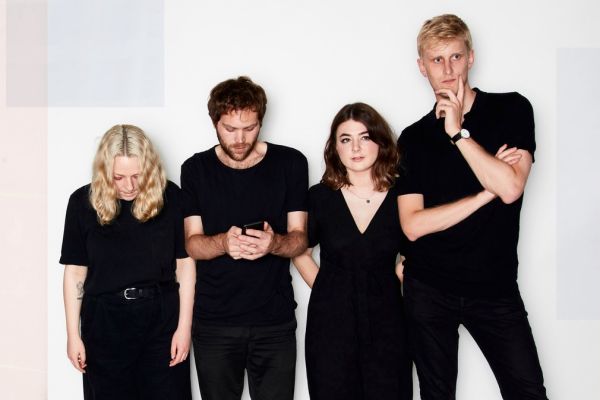 Nick Fulton
Yumi Zouma is back with a new, unexpected single!