It's been 2 years since DZ Deathrays released Positive Rising: Pt 1; the first instalment of their 2-part album. The second half was initially set for release in 2020, but in a somewhat fitting series of events, the world plunged into pandemic.

With a moodier tone than its predecessor, Positive Rising: Part 2 draws the outline of an apocalyptic scene, one that sees the band – Shane Parsons, Simon Ridley and Lachlan Ewbank – stepping outside of themselves, seeking out new perspectives and surveying the world from above.

From up there, they don't always like what they see, but Positive Rising: Part 2 offers a somewhat hopeful ending. Expect scenes of high energy, chaos, light shows, heavy riffs and a party like only DZ Deathrays know how to throw. 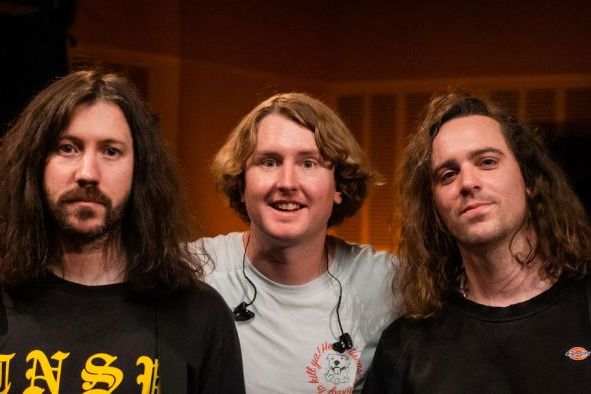