2018 was a huge year for Jon Stevens with the overwhelming success of his Best Of Tour starting in February and spanning the country in over 110 shows from Cairns to Launceston, Cronulla to Bunbury. This was all off the back of the phenomenal success of his hit single "Rain Down On Me" which sat No.1 on the Aus iTunes Rock Charts for 2 weeks, also No.1 on the Aus Indie Charts for nearly 3 weeks, whilst making it into the All Aus iTunes Charts Top 20.

The song spoke of pain and hardship but ultimately about uplifting spirits from out of the struggle, allowing the clouds to open up and "Rain Down". The title itself so inspired Jon to gift it to our struggling Aussie farmers with all proceeds of the record going to Rural Aid.

Jon then had the honor of performing the song at Hay Mate: Buy A Bale. A concert for the farmers which was telecast around the country to over 1 million people. Jon was joined on stage by his old friend and ex-band mate, Andrew Farriss from INXS, performing 'Never Tear Us Apart' and 'What You Need'.

Now, with all the positivity of 2018 behind him, Jon will be continuing the success of his single with the 2019 tour "Raining Hits"...A celebration of all the hit songs that has made him the legendary artist he is today. From his days with his beloved Noiseworks to his globe-trotting days fronting INXS. This is a tour not to be missed! 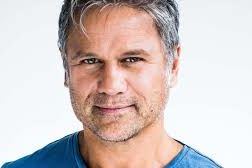