Rolling Blackouts Coastal Fever on Saturday 27 November 2021 has been rescheduled to Friday 18 February 2022 at The Tivoli.

They played The Tiv car park stage back in March as part of Nine Lives Festival, and just over a year later guitar-pop five-piece Rolling Blackouts Coastal Fever will return to Brisbane in celebration of their new album Sideways to New Italy, out now.

“This is happening! After a dirty year, we’re throwing these ones on the boot with love and hope. Fortunate to be joined by the country’s finest. As J. Strummer once said, the future is unwritten. We’re going to do everything in our power to make these shows happen as planned. We acknowledge these shows take place on Aboriginal land and pay our respects to elders past and present. See you in 2021, we’ve missed you 💙RBCF” – Rolling Blackouts Coastal Fever

The album features fan favourites ‘Cars In Space’, ‘She’s There’, ‘Falling Thunder’ and ‘Cameo’ and has garnered praise by critics across the board, receiving a 4.5 star review from Sydney Morning Herald and 4 star reviews from The Guardian, Rolling Stone Australia, Q Magazine, The Music and NME Australia who declared that ‘...lyrically, Rolling Blackouts C.F have gone high-concept.’

"It's spontaneous and heartfelt, yet no vocal line is out of place, no lead interjections cry out for attention." – Sydney Morning Herald 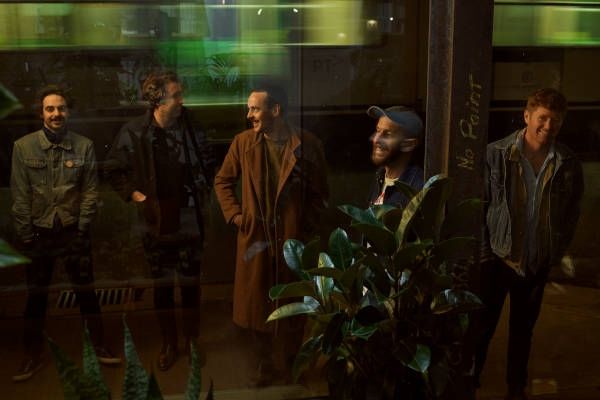