The Darkness have decided to cancel their show at The Tivoli on Wednesday 18 March. A message from the band can be found here. Ticketmaster will be in contact with ticket holders regarding refunds.

On a mission to lead us to the sunlit uplands of inclusivity, togetherness and rock’ n’ roll fellowship, The Darkness will be playing shows that will quite literally resurrect the souls of all who attend.

The Darkness, whose repertoire boasts hits that include ‘I Believe In A Thing Called Love’ and ‘Love Is Only A Feeling’, are hailed for their flamboyant and unforgettable live performances that embrace the epic heights of 70’s rock and roll and the extravagant excess of the 80’s. Their outrageous stage antics have led them to opening gigs for Lady Gaga, Ed Sheeran, Metallica and Guns N’ Roses, as well as their own legendary headline shows around the globe.

The Darkness are touting their newly minted studio album, Easter Is Cancelled out October 4 via Cooking Vinyl Australia. The album sees the four maestros embark upon their most ambitious quest to date, which has something for Darkness fans of all vintages. You can pre-order the album HERE. 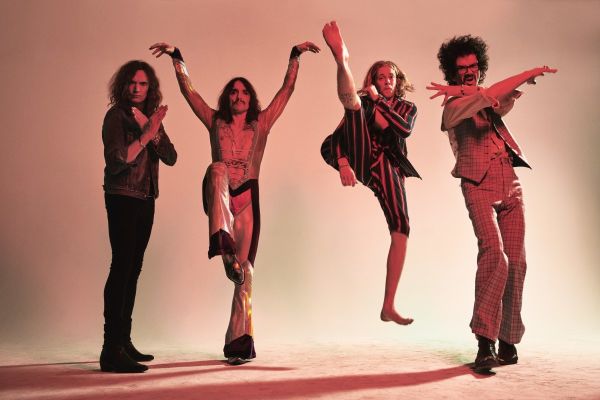