Brisbane quintet WAAX have been making lots of compelling noise of late. Signing with Australian indie heavyweight Dew Process and featuring heavily on the nation’s airwaves they’ve been winning hearts and selling out national tours in the process.

Supporting the likes of big time internationals Wolf Alice, Fall Out Boy and Biffy Clyro, the band have also been making sizable waves on the festival circuit with standout sets at Splendour In The Grass, Falls Festival, Good Things and Unify Gathering, not to mention a growing collection of local music awards and it’s clear to see the band’s trajectory is on a stratospheric rise.

Big Grief, the debut album for the band debut at 11 on the ARIA charts and was heralded by critics.

Though the visceral nature on which the band’s reputation has been forged is never far from the surface, a different type of weight hangs on the bones of this amazing collection of songs. 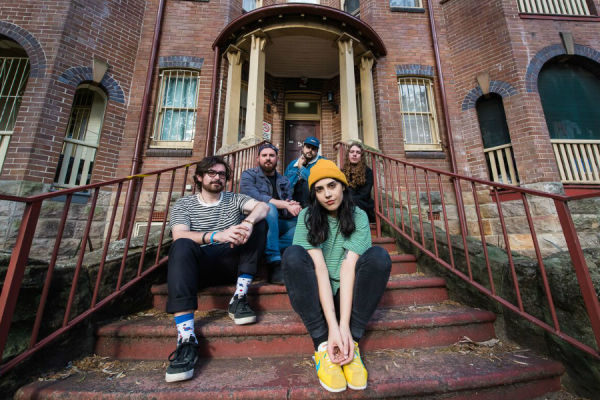 Happy Mag
WAAX chat depression, growing up, and how Splendour In The Grass can change your life.