Reserved Seating
Under 18s must attend with a Parent or Guardian

Fresh from a string of dates at Sydney Festival, Darwin Festival, OZAsia Festival, AsiaTOPA and multiple European cities, Cry Jailolo is set to ignite The Tivoli stage in a sign of exciting things to come for the venue, Supercell Dance Festival and Brisbane's thriving arts scene.

“an exquisite fusion of traditional dance with a contemporary choreographic sensibility... intensely satisfying” – THE ADVERTISER

Driven by the relentless rhythms of the ocean and the life that teems within, Cry Jailolo is an hour of constant motion in a shimmering halo of hope.

The remote Indonesian town of Jailolo is home to some of the world's most spectacular coral seascapes, and choreographer Eko Supriyanto spent two years diving with 350 local youth to understand their relationship with this ancient ecology. He surfaced profoundly affected by the bond these young men share with their underwater environment, and together they began to build a performance developed from this connection.

The rolling of surf and the darting of fish, the crash of breakers and the pull of tides – Cry Jailolo sees seven non-trained youth drawing on both contemporary performance and traditional ritual in the service of a work unlike any other. Beneath its playful and dynamic physicality, it is also a powerful call to end the destruction of coral reefs, and a joyous heralding of the time when the soul of these waters will be restored.

Inspired by the 'Legu Salai' dance of the Sahu Tribe and the 'Soya-Soya' dance from North Maluku, Cry Jailolo resonates with a spirit and optimism that is all its own.

Founder and artistic director for EkosDance Company and Solo Dance Studio in Surakarta Indonesia, Eko Supriyanto is the leading Indonesian dancer and choreographer of his generation.

Supriyanto holds a PhD in Performance studies from the Gadjah Mada University (2014) and Master of Fine Arts (MFA) in Dance and Choreography from the UCLA Department of World Arts and Cultures (2001). His most recent performance research on Body Embodiment of Indonesian Dancers is connected to his work in Jailolo, titled The Future of Dance is Under Water. 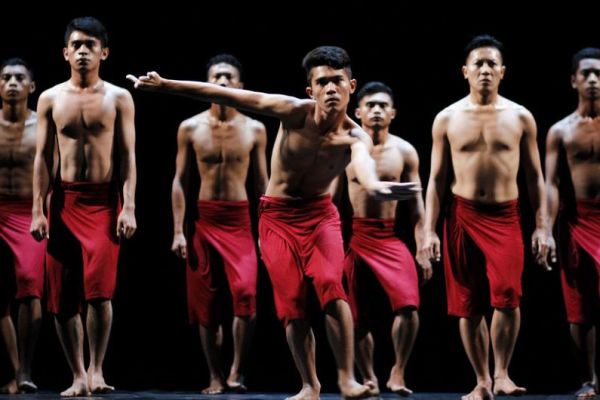