Trophy Eyes have announced their one and only Australian headline tour of 2018. Kicking off on October 11 here in Brisbane, Trophy Eyes will be embarking on their biggest national headline run to date in support of their new album The American Dream, set for release on August 3 via Hopeless Records/UNIFIED.

The first single that came along with the news, “You Can Count On Me” was heralded for its genre experimentation and raw lyrics wrapped up in one of 2018’s biggest singalongs. Kerrang! called the anthem "brilliant", while Don't Bore Us proclaimed "'You Can Count On Me' is undeniably the year’s most emotionally cutting single thus far”.

The American Dream follows on from their critically acclaimed 2016 album Chemical Miracle, which debuted at #8 in Australia and was a significant launch pad for the band as they dominated Australia with back-to-back tours sold out months in advance in some of the biggest rooms in the country. Trophy Eyes also went on to conquer the globe with headline tours in North America and the UK, both slapping sold out signs on box offices around their respective territories.

Trophy Eyes now leads a new wave in rock music, blending their punk and hardcore roots with modern rock and pop sensibilities. Known for their brutally honest and emotional storytelling and lyricism combined with one of the most energetic live shows on the circuit, Trophy Eyes are set to takeover with the drop of The American Dream come August. 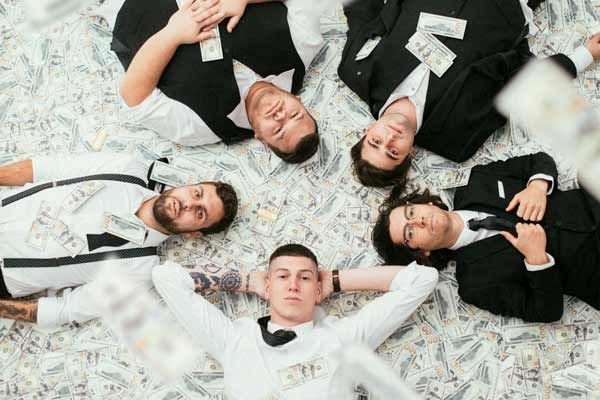